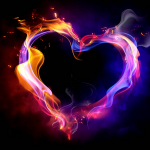 A Bit About Me

I've loved science fiction and fantasy long before it became popular, and anime just "fit" with those interests. So while my newfound hobby simmered, I stayed involved with The X-Files fandom until the end of its prime-time run in 2002. That's when my interest in anime re-ignited and I discovered that online anime websites had proliferated and I could now watch all the anime I desired. I don't claim to be an avid viewer, but I have my faves. I'm also a creative writer since childhood and have written well-received fanfiction under different pseuds in different fandoms for over 20 years, with status in the X-files fandom as Blackwood. My luxartisan stories feature three anime for which I act as Wikia Admin/Bureaucrat: Ouran HS Host Club, Psycho-Pass and Free!  They are best read on Archive of our Own (links below). My account on Tumblr (luxartisan.tumblr.com) is no longer active because of time constraints, but is still available for viewing by follower request. It's a collection of visuals about fave anime, mushy OTP images, and other "stuff" that I like. I also contribute to several anime series on Wikipedia as Ouranista.

Clueless in Ouran - Ouran Academy is an academic powerhouse but its students aren't always smart about matters of the heart. (Book w/some explicit chapters)
Ryukyu Rendezvous - So there they are in Okinawa. Kyoya didn't see it coming. You won't either. (PG humor)
Particles of Light - There are no words adequate for this intimate language of flesh. Only skin can speak to skin and their dialogue is wondrous, poetic and deep. (explicit)
Little Birds - They're young, but not too young. They're in love, and love is all that matters. It's Tamaki's 23rd birthday and Haruhi is the perfect gift. (explicit)
Atelier - The eyes in the painting watch him with the same bright fire he always saw there, challenging him to be someone other than who he pretended to be - someone he'd kept submerged for so long that he'd nearly forgotten who he was. (G drama) 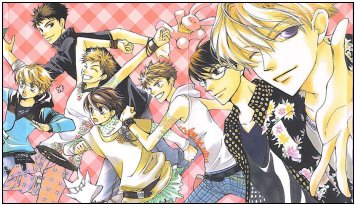 Retrieved from "https://ouran.fandom.com/wiki/User:Luxartisan?oldid=41248"
Community content is available under CC-BY-SA unless otherwise noted.