Start a Wiki
When a successful franchise has a variety of formats, it's next to impossible for there to be complete harmony between how each medium relates the story.  In the case of Ouran High School Host Club, there are multiple differences: some found in the scripts, the translations, the scanlations, the physical depictions of the characters, the characters themselves and a number of other areas.  The list below is by no means all-inclusive.

Anime:  Covers one school year from April - March.  Manga: Characters neither advance nor graduate until Volume 15 and the seasons recycle several times during Haruhi's first year at Ouran.

Anime: Tamaki discovers that Haruhi is a girl when he brings towels unannounced into the changing room and sees her in her camisole.  Manga: Haruhi drops her ID which Tamaki picks up and reads "female" and sees her Middle School photo.

Anime: Tamaki rolls up his pants and blazer sleeves to help Haruhi find her wallet in the pond.  Manga: Tamaki takes his blazer, shirt and tie off completely before doing the same thing.

Anime: Ayanokoji throws Haruhi's books into the pond.  Manga: Ayanokoji also places a sewing needle in the collar of Haruhi's jacket and a razor blade between the pages of her textbook which causes Haruhi injury.

Anime: Tamaki increases Haruhi's necessary guest count to 1,000 because she caused them to lose a "regular."  Manga: He adds that it's also because his exquisite body was reduced to menial labor.

Anime: Haruhi can walk perfectly at the end of the party. Manga: Haruhi twists her ankle from walking in high heels and can't walk or dance.

Anime: Tamaki slips on a banana peel the twins dropped and bumps into Haruhi. Manga: Tamaki runs and ends up bumping into Haruhi.

Anime: Kanako sees Toru in Music Room 3 when he delivers a tea set. Manga: Kanako burns her finger on hot tea and meets Toru at the nurse's office.

Anime: Ukidoki Memorial is visualized.  Manga: The game is only mentioned.

Anime:  Renge designates Haruhi as her favorite host.  Manga: Haruhi is assigned to entertain Renge as a host.

Ep 06 - The Grade School Host is the Naughty Type!

Anime: Scare tactics on Haruhi include the supernatural and the dark within a cave, pointy objects (senpai vs. sentai), and the closed dark space of an Ootori delivery truck. Manga:  The cave of Cat Rock is where the tactics of supernatural, darkness and a closed dark space are attempted on Haruhi.  Both Honey and Mori try to see if Haruhi is afraid of heights by standing with her at the top of Cat Rock cliff.

Anime: At dinner, Tamaki looks longingly at Haruhi in her dress.  Manga: Tamaki has a major nose bleed watching the twins fuss over Haruhi's dress and playing with her hair and toes, and is called a pervert by the twins.  Note: the term "nose bleed" is a euphemism for the male sexual response.

Anime: Kyoya reveals that Haruhi's pencil was auctioned.  Manga: In addition to the pencil, Kyoya reveals other auctioned items include his used mug, Tamaki's used teacup, Honey's used cake plate (the most valued item), a handmade doll of Mori's, and a used hairbrush of the Hitachiin brothers.

Anime:  A bona-fide episode in the series.  Manga:  A sideline episode

Anime:  Honey wipes out a platoon of Green Berets when they wake him up prematurely.  Manga:  Never happens.


Anime: Haruhi is the only "Alice" character and each host plays a specific part.  Manga: The twins and Tamaki are also "Alices" and the hosts play different roles.

Anime: The twins wake up in their shared bed.  Manga: The twins have separate beds, pushed together.


Anime: Tamaki purchases a golden retriever from a mall pet shop and names it, Antoinette.  Manga: Antoinette is a puppy born of Anne-Sophie's dog and it's given to Tamaki when he first arrives in Japan to keep him company.


Anime: The premise is a single Halloween event.  Manga: The premise includes two separate Halloween chapters. In Chapter 11, the Hitachiin take turns dressing up as the Belltower Witch to scare Haruhi and in Chapter 32, Class 1-A holds a Scare Fest.

Ep 22 - Mori-senpai Has an Apprentice Candidate!

Anime: Kasanoda only has an outfit change and carries Tamaki's teddy bear. Manga: Tamaki donates Shiro to Kasanoda as his 'lovely item'.


Anime: Yoshio Ootori slaps Kyoya at the Ouran Fair and criticizes his Host Club activities.  Manga: Yoshio does not slap Kyoya and is fully aware of his son's involvement in the Host Club.

Anime: Éclair Tonnerre arrives and becomes engaged to Tamaki.  Manga: Éclair Tonnerre doesn't exist; however, Michelle of Monale, Zennosuke Kazama and Satoshi Morinozuka, who actually appear in the volumes that the anime covers, do.

Anime: Tamaki's mother, Anne-Sophie, works as a housekeeper for the Tonnerre household.  Manga: Anne-Sophie is a piano instructor in her community.

Anime: Yoshio expresses interest in a marriage between Haruhi and Kyoya.  Manga: Kyoya explicitly states that he is uninterested in Haruhi because it would not profit the Ootori name. 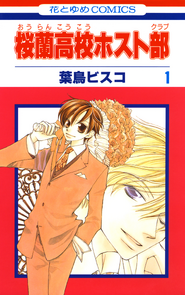 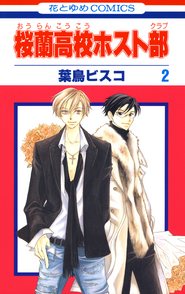 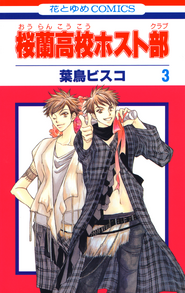 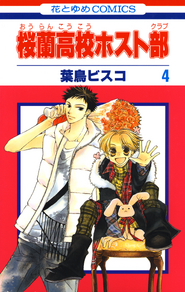 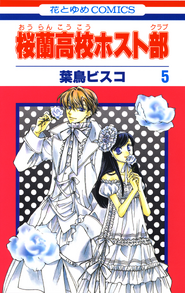 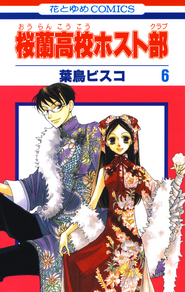 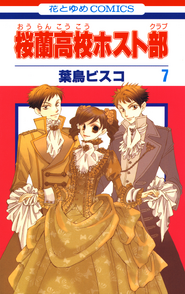 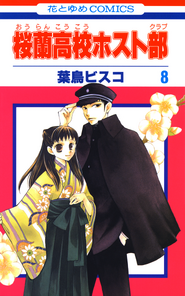 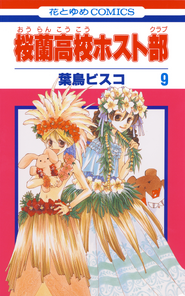 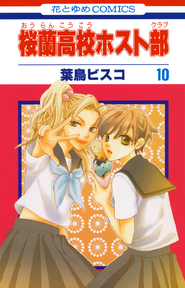 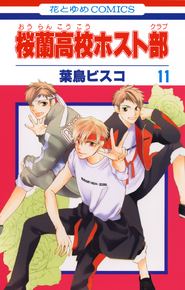 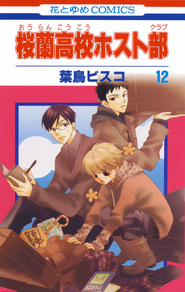 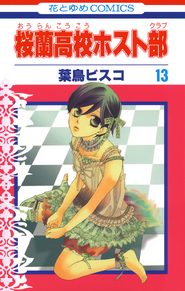 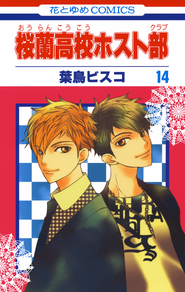 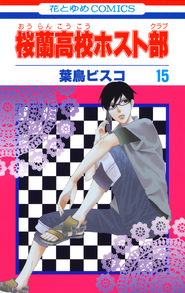 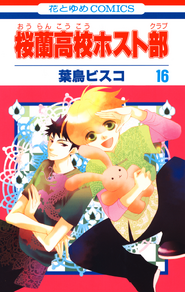 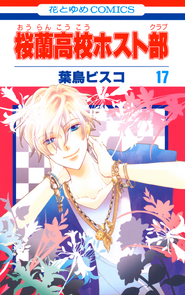 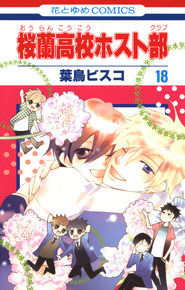 Add a photo to this gallery
Retrieved from "https://ouran.fandom.com/wiki/Series_Differences?oldid=37489"
Community content is available under CC-BY-SA unless otherwise noted.