Music Room #3 (aka the Host Club room) is the room where the Ouran Host Club meets daily and where most of their hosting events are carried out.

The third music room is actually a suite comprised of three or four rooms within its substantial size. The walls of the music room are covered with marble-inlay panels of differing shapes and sizes. The ceiling is pink and white, and is adorned with bas-relief scrollwork. The double doors to the room are also colored light pink with golden doorpulls that  coordinate with the various gold highlight patterns and decorations adorning the walls and ceiling.  The main part of the salon is furnished with red upholstered chairs and couches of varying lengths, accompanied by wooden tables suitable for tea and/or coffee service. On each table sits a vase of red roses that are replaced daily.

Quite often, the Host Club have a cosplay "theme" and the salon is altered to go along with it. The room also includes a state-of-the-art air-conditioning, ventilation and heating system, controlled by remote, which the Host Club adjusts to reflect their cosplay theme, as deemed necessary.  This is best seen in the episode, Ep 02 - The Job of a High School Host, when the central room is filled to capacity with jungle flora and fauna and the temperatures imitate those found on the island of Bali.

The third music room is also shown to be multi-functional and quite mysterious. While It can hold many things (like Honey's napping bed) and is as high-end as all the other rooms in Ouran High School, it also sometimes procures a mysterious doorway that the Black Magic Club, particularly Umehito Nekozawa, peeks through to scare Tamaki constantly.

The image of Ouran Academy's campus is presumed to be taken from the east looking westward.  The manga states that Music Room #3 is at the "end of the Northern hallway.  Top floor of the South Wing."  Judging from the views seen via the anime, the most likely location for the salon is indicated by the arrow at right.

Since the fountain and pond into which Haruhi's bookbag is dumped during Ep 01 - Starting Today, You are a Host! is not visible anywhere in the image, it may assumed to be either a discontinuity or nestled to the right of the long hallway extending towards the main gate of the campus as estimated by the image of the pond showing a round-domed building in the background, the only one being the one designated in the image.

Music Room #3 was originally a spare music room at Ouran Academy until Tamaki Suoh graduated from middle school and founded the Ouran Host Club with Kyoya Ootori.  Further history regarding the room's use remains unknown. With that said, the instruments in the music room remain, though hidden behind a big yellow curtain. Haruhi learns this fact in the episode The Grade School Host is the Naughty Type, when Tamaki reveals the grand piano on which he demonstrates for Shiro Takaoji his impeccable musicianship. Music Room #3 is located on the top floor of one of the high school campus buildings, at the end of the north corridor. 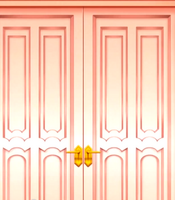 The lighting and ceiling. 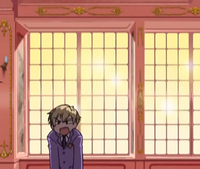 The windows with a grumpy Host.

An example of a salon sofa. 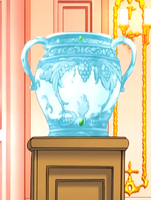 The Renaissance vase that put Haruhi eight-million yen in debt.

A table set for tea and conversation. 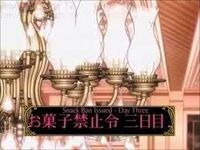 Chandelier detail.
Add a photo to this gallery

Throughout the series in both the anime and the manga, the Host Club regularly engages in cosplay, which is wearing costumes to resemble particular characters from well-known pop media sources.  They also conduct events with "themes" and/or host events in which they wear special, or matching, garb.  Some of these thematic events include:

1. A Southern-Country - This theme is seen in The Job of a High School Host! and Chapter 02 of the manga. The male hosts wear Balinese royal garb and Music Room #3 is transformed into a lush, tropical jungle with the temperature of the room reflecting the humidity and heat of such a place. Tamaki gets the idea from a travel brochure on Bali given to him by Kyoya.

1a. The Dance Party - While not a theme, per se, the Hosts appear in dressy outfits, including Haruhi who is later made to dress up "like a girl."  The Dance Party occurs at the end of The Job of a High School Host!

2. Garden Tea Party - This theme is seen in Beware the Physical Exam! and Chapter 04 of the manga. Tamaki, Kyoya and the twins appear as cafe waiters while Mori, Honey and Haruhi wear yukatas. The host club conducts their event in an outdoor garden.

3. Japanese Traditional - This theme is seen in Attack of the Lady Manager! and Chapter 3 of the manga. The Hosts are dressed in kimonos designed by the twins' fashion-designer mother, Yuzuha Hitachiin. The Music Room is adorned with traditional Japanese decorations.

4. An Arabian Palace - This theme is seen in The Grade School Host is the Naughty Type! and Chapter 6 of the manga. The music room is turned into an Arabian palace with Tamaki dressed as an Arabian sheik while the rest of the Hosts dress as Arabian traders and warriors.

5. Brave Knights - This theme is shown in A Challenge from Lobelia Girls' Academy! The male Hosts wear colorful armor and musketeer ensembles, but the room remains plain.

5a. The Hostess Club - This secondary theme is also seen in A Challenge from Lobelia Girls' Academy!  Except for Mori who wears the garb of a cavalier, all of the other male Hosts are decked out in ball gowns and full makeup. In the manga, the twins and Honey are the only ones dressed as girls.  Tamaki calls this "The Sweetie Campaign," designed to convince Haruhi to stay at Ouran Academy.

6. Law Enforcement -  This theme is seen in Big Brother is a Prince! The Hosts wear uniforms from various police groups and ranks.  The music room lacks decoration except for what seems to be an interrogation room set up, where Haruhi is cross-examined by Kyoya.

7. The Heian Era - This theme is shown in Covering the Famous Host Club!  The Hosts are dressed in garb from the Heian era.  The event is held, once again, in an outdoor garden made to look as it might have appeared during said era.

8. Halloween Vampires - This theme is seen in Until the Day it Becomes a Pumpkin! The male Hosts are dressed as elegant vampires and the music room features Halloween decor.

9. The Edo Era - This theme is seen in Mori-senpai Has an Apprentice Candidate! The music room is decorated to look like the Ikedaya Inn, a famous place in samurai history. The Hosts wear matching samurai garb and forehead protectors, with Tamaki dressed as the leading shinsengumi warrior.

10. The Ouran Fair - This theme is seen in The Host Club Declares Dissolution!  The Hosts appear in two different formal outfits - the first being matching serving outfits with vests and bowties, the second being matching tuxedos with tailcoats.  The event takes place in the Central Salon of Ouran Academy which is open to the general public during the Ouran Fair.

11. 18th-Century French Nobility - This theme is seen in This is Our Ouran Fair!  All the Hosts except Tamaki appear as 18th century French nobility for the final day of the Ouran Fair. Haruhi's costume has her dressed in female garb.

Add a photo to this gallery
Retrieved from "https://ouran.fandom.com/wiki/Music_Room_3?oldid=36757"
Community content is available under CC-BY-SA unless otherwise noted.