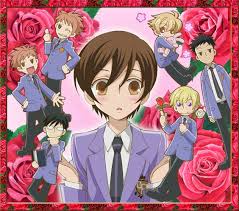 The Ouran High School Host Club visual novel for PlayStation 2 and Nintendo DS were developed and published by Idea Factory.  The PlayStation 2 game was released in 2007 and the Nintendo DS game in 2009.  Both games borrow strong elements from the dating sim genre, though classified as a "romantic adventure" game.  They are currently only available in Japanese.

Haruhi is the only playable character.  There are two goals in the game.  The first goal is to entertain guests to repay Haruhi's debt.  Twice per day in host mode, "Haruhi" has to choose one of six options to best entertain a particular guest: the appropriate time to serve refreshments, talk about "himself," ask about the guest, find a conversation topic, or say nothing.  A request quota must be met by the end of the game.  If the guest is impressed, they are more likely to request Haruhi again.

The second goal is to charm the other hosts.  There are many possible game endings, depending on which boy the player pursues and how much each host grows to like Haruhi. Each host's attraction to Haruhi is directly related to in-game choices.  At the end of the day, two charts illustrate how much profit Haruhi has made and how much each host likes her.

The game progresses through five individual storylines or "episodes" that span Haruhi's first two months at Ouran Academy.  In one, the hosts visit a water park; in another, they go to the commoner department store; and in two others, Haruhi is reunited with an old friend named Sayuri and Tamaki is reunited with an old friend named Jean-Pierre.  CG images are unlocked after special events.  Playthrough takes about five hours.

The game is heavily based on the anime.  The game's opening theme is the same as the anime's while the ending theme is a violin rendition.  Several scenes from the anime are treated as flashbacks in the game.  The dialogue is voiced by the anime's seiyuu.

An official patch was sold for the Playstation 2 game to add an extra mini-story for each host and two new CG scenes.  These stories were already included in the Nintendo DS version.

Several new characters are introduced into the Ouran cast of characters.  They serve as foils with which the more familiar characters can interact and, because of their nature, add drama to the games' storylines.

Jean-Pierre was born in France but raised in Japan.  He is a childhood friend of Tamaki's who remains so even after leaving for Japan at the age of eight.  He leads a rival host club at Kenran High, along with members Wang and Yoshitsuna.  They arrive at Ouran Academy to recruit Tamaki for the Kenran Host Club, and it is the player's job to convince Tamaki to stay.

Yoshitsuna Goutokuji (豪徳寺由綱)
Yoshitsuna is Japanese but was raised in America. His family guards international government officials, and he practices Mixed Martial Arts.  He is rather unsociable.

Wang is from China and enrolled as a foreign exchange student in Japan. His parents are notorious in the banking industry, and he is just as calculating as them.  He does not get attached to people nor show his true feelings.

Tsubaki is a student at Ouran Academy and a frequent guest of the Host Club.  She actually makes an appearance in the anime as the unnamed guest who is told "she looks like a carp" by Shiro Takaoji in Ep 06 - The Grade School Host is the Naughty Type!

Sayuri is a childhood friend of Haruhi's before Kotoko dies.  She moved to America when she started elementary school but transfers to Ouran's Class 1-A hoping the Host Club can help her locate a boy she met at a ball.  She is determined, competitive and a sore loser; but has a pure heart.

The original seiyuu from the anime return to voice the main characters of the game. 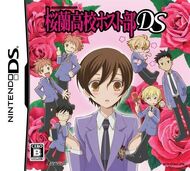 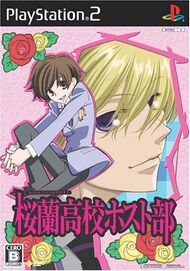 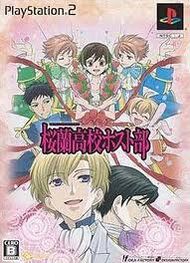 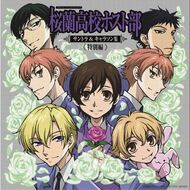 Retrieved from "https://ouran.fandom.com/wiki/Game_Formats?oldid=38942"
Community content is available under CC-BY-SA unless otherwise noted.