The Black Magic Club is located in the basement of the north building.  The club room is dark, with Gothic decorations, and lit by candles.  There are five shown members, only two of which are named.  All of the members are close friends and Nekozawa is the President. Reiko appears to be the only female member.  For the most part, the club appears to be a harmless group of eccentric students who like skulls and the color black. Every member owns a black cloak like Nekozawa's, made either out of wool for cold weather or linen for warm weather.  At one point, the small club attempts to attract more members in Chapter 41 by dressing up like the Host Club in a Gothic style, but the majority of students are still scared of the club, including the hosts.

The Nekozawa clan worships cat figures and supposedly has roots in the occult.  However, Nekozawa and the other members of the Black Magic Club seem to have very limited knowledge of such things.  For example, all of Reiko's "curses" on Honey are simple tween love spells, such as writing his name on a mirror with nail polish or tying two strands of their hair in a knot.  The hosts don't take the attempts seriously, but Reiko and Nekozawa are convinced they are dangerous curses that will steal Honey's "soul."

A cat-shaped curse doll has been used to hex other students, as in Ep 05 - The Twins Fight! when Kaoru purchases one from Nekozawa in order to fake a curse on Hikaru.  In Chapter 41, Reiko gives one to Kasanoda when he does not provide information about her crush, Honey. 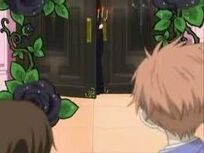 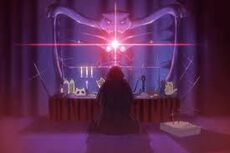 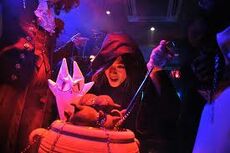 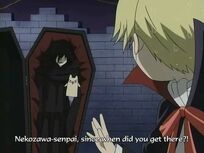 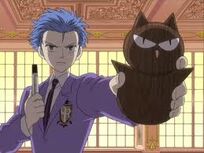 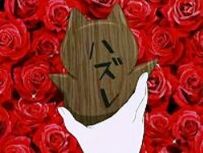 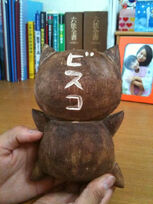 Add a photo to this gallery
Retrieved from "https://ouran.fandom.com/wiki/Black_Magic_Club?oldid=32719"
Community content is available under CC-BY-SA unless otherwise noted.