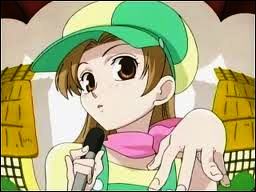 In the world of anime, the voice actor is critical in turning a two-dimensional image into a living, breathing character using only their skills as an actor and the flexibility of their voice. Used naturally or manipulated into upper or lower registers and with a range of sound effects, the voice actor "creates" a personality.  In native Japanese animation, a story's drawings may be done either preceding or following the recording of dialogue, but the translation dubbing actor must work within the confines of pre-existing "lip flaps" to make their translated words look and sound as natural as possible in the mouth of a non-English speaking character. No small task!  But Ouran's voice cast, in both Japanese and Engish versions, are (as Tamaki might say)...the best!

Names are listed alphabetically in each section.

The Thieving Maid - voiced by Sayori Ishizuka and Michele Specht

Retrieved from "https://ouran.fandom.com/wiki/Behind_the_Voice_Actors?oldid=41439"
Community content is available under CC-BY-SA unless otherwise noted.